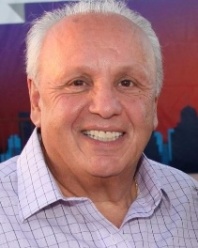 CEOCFO: Mr. Klein, C-COM has been around a long time almost 23 years and has delivered more than 8500 antenna systems in over a hundred countries.  What are you working on today?

Mr. Klein: Today we are developing some interesting new technology. I do not know if you are following the trends in the satellite business, but thousands of new satellites are going to be launched in the next couple of years. Some of them will be from people like SpaceX, Elon Musk’s company, others include Amazon, Google, Telesat and many others. It seems that satellite-based applications are booming and it will be a very large potential technology frontier for the next 10+ years. Satellite launches are up and satellite based, and other space-based technologies are changing the way broadband Internet is going to be delivered around the globe.

In addition to satellites HAPS (High Altitude Platform Stations) are also being developed to replace cellular towers around the world. These unmanned very large drones that will be flying at 20Km and can stay up for many month at a time (using solar panels for power) and cover a radius of 300 Km’s radius will make it possible to deliver cellular services to a large number of potential subscribers in areas where no terrestrial services exist.

Over 3.5 billion people around the world still have no access to the Internet and these space-based technologies are expected to deliver Internet connectivity over time to the rest of the population around the globe.

We have been developing over the last 4 years an electronically steerable antenna system that will make it possible to track, transmit and receive high-speed broadband Internet services from thousands of orbiting satellites and also make it possible to deploy these antennas from HAPS to deliver services to cellular users. These electronic antennas will be deployable on the ground, on top of cars, planes, trains, buses and ships. The antenna is modular, much like Lego. The antenna can be assembled from small individual modules to create an antenna as large or as small as required. It is also conformal which means it can be attached to curved surfaces and follow the shape of a fuselage or any other desired shape. This new revolutionary antenna is also thin and light weight and looks much like a printed circuit board.

This antenna is being developed in cooperation with the University of Waterloo, in Waterloo Ontario, Canada. Funding for this development is coming from C-COM and the Government of Canada. We expect to test this new antenna this year by tracking a LEO satellite and test its transmit and receive functions at maximum speeds. We are planning to have a working product next year and expect it to be fully functional and operating over many of these low orbit satellites.

CEOCFO: What are some of the challenges in putting it together in the system?

Mr. Klein: For these antennas to be working you must have a fully functioning satellite constellation and those constellations are just being built and launched now. That process is an enormously expensive and a risky proposition, so we are waiting for these constellations to be deployed. Some will start operating as early as next year, others in two or three years from now. Telesat and SpaceX have already satellites in orbit and others are launching new ones as well.

CEOCFO: Would you be contracting with individual companies that have satellites?  How does it all come together?

Mr. Klein: The way we will be selling our antennas is much the same as we are selling our existing parabolic on the pause antenna systems today. Today a satellite company like Hughes Network Systems, a subsidiary of EchoStar and others, rents or leases satellite airtime from satellite owners. The satellite owners launch satellites, so they own the entire satellite in the sky and then they sell airtime over these satellites. It is similar to companies that own optical fiber in the ground; they do not necessarily provide services, but they own the infrastructure and rent or lease airtime. A satellite could be considered an infrastructure in the sky. Owners of those satellites sell satellite capacity to people who want to buy the bandwidth on these satellites, then they resell that bandwidth to resellers who provide the services on the satellite to end-users, institutions and governments.

Companies like C-COM manufacture ground based antenna systems required to connect to these satellites. We would continue to sell our antennas to integrators who would bundle these antennas with airtime and resell the complete service to end-users.

CEOCFO: C-COM and ISOTROPIC just completed the iDirect iQ 200 Integration. Would you tell us about your partnership with ISOTROPIC?

Mr. Klein: ISOTROPIC has been a C-COM customer for many years. They are a service provider with a satellite ground station located in Lake Geneva in Wisconsin. They buy satellite bandwidth from several satellite operators and they resell this bandwidth to their customers. They also buy our on the pause antenna systems and bundle the antenna systems with modems and resell the entire solution to end users, institutions and government agencies which require mobility.

Our antennas provide mobility into vehicles while stationary or for ground use for emergency deployment using flyaway antennas that can be deployed in minutes and can connect to the satellite at a press of a button anywhere anytime.

Isotropic will be able to extend their service offering to several new customers who require the availability of this high efficiency modem for mobility.

CEOCFO: What industries are coming onboard?

Mr. Klein: With the development of our electronic antenna system we expect to replace all mechanical antennas with this new design and open up new vertical markets for satellite service providers such as Isotropics, who will be able to bundle the new antenna for use on the ground, in the air and also for marine applications.

With the deployment of low-earth orbit satellites and electronic antennas, new vertical markets will materialize for service providers. It will be possible us to deliver high speed broadband services worldwide to people who will require mobility coupled with high bandwidth, and be in areas where no terrestrial connectivity exists or on a move where terrestrial services cannot deliver the desired bandwidth or are nonexistent.

CEOCFO: Do you anticipate adding staff or manufacturing capability?

Mr. Klein: We are a relatively small company with only 33 people. We outsource everything. We design the product but outsource all manufacturing. We expect to continue the process with the development of the new electronic antenna.

We will have to work with new manufacturers that have the capacity to produce these new antennas in large numbers as we expect very high demand for this product.

We will be working with several new integrators, who will want to take this technology and integrate it into new vertical markets such as trains, aero, marine and others. We will prefer to remain a development center and continue outsourcing the manufacture of antenna systems, much the same way we operate today.

It is too early at this stage to predict or forecast which direction the company will take. It is possible that we will be able to license some of this technology to those who would want to manufacture it, those who will want to build the antennas and those who will want to use these antennas for very specific vertical markets. It will remain to be seen how this whole thing plays out.

CEOCFO: Do companies seem willing to pay what is needed to get this whole network put together?

Mr. Klein: Cost is a very important factor in delivering this type of solution to a large base of worldwide users.

Almost all satellite service operators that are selling solutions to users on the ground, subsidize the cost of hardware to make it attractive for the end user to purchase the service. They are using creative ways to sell the service to make it possible for people to access this technology.

The idea is to make the cost of the solution attractive and to sell it to a large number of potential users. The market size is astronomical if the combined hardware and airtime cost can be made attractive.

It is like the evolution of cell phones or laptops or any other consumer product used by the masses worldwide.

There are a lot of things that must happen before this hardware/service becomes a large consumer oriented, low-cost product. However, there will be many early adopters who will pay a reasonable amount of money for the antenna.

CEOCFO: You are worldwide now. What geographies offer growth potential?

Mr. Klein: There are potentially billions of users in the world without access to the internet and they are primarily in places like Central America, South America, Asia, Africa and other remote areas where connectivity does not exist today and it may never exist in a way that you and I know it, because there is not enough population, money or infrastructure to support such services. The market is global and potentially very large. Internet is extremely important and would open up the world to a lot of users who presently have no access to it and would also provide them with opportunities such as commerce, education and health not easily available to them today.

CEOCFO: Are many people looking to become integrators working with you? How do you vet these companies?

Mr. Klein: We get at least two or three requests to become a C-COM integrator per week, from around the world. We have a small sales team that covers the world and supports our integrators who deal with their own customers.

We advertise worldwide, attend exhibitions, trade shows and conferences and we have a strong internet presence.

It is not hard to vet these companies as they all are in the satellite business, understand the technology and want to re-sell our products which have become a de facto industry standard for being the most advanced, cost effective and most reliable. C-COM also provides second to nontechnical support to its resellers and keeps an extensive inventory for immediate delivery.

CEOCFO: Does the stock market recognize what you have accomplished?

Mr. Klein: The stock market is not recognizing our accomplishments, although with the slowly approaching test of the phased array antenna there has been noticeable activity lately. The stock has moved up significantly from a year ago. It is sitting at $1.99 (Canadian today). Considering what we are developing and the fact that the company has had 15 years of consecutive profitability, has over $21 Million in working capital, pays quarterly dividends, and has no debt I believe the stock is definitely undervalued.

CEOCFO: What, if anything, might be missed when first looking at C-COM?

Mr. Klein: The first thing they would miss is that we are not on the radar, we are in Canada and we are a relatively small company listed on a Canadian exchange and the on the US over the counter exchange (TSXV: CMI and OTC: CYFNS). If they look closer, they will see that we bring a great value proposition to our shareholders and we believe there to be a large potential upside with the technology we are developing. Most people are not aware of the potential revolutionary impact that this technology may have on the company and its stock.