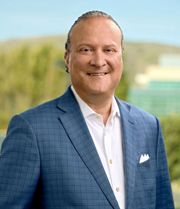 CEOCFO: Mr. Blum, what is the concept behind Cytokinetics?

Mr. Blum: Our company is a pioneer and leader in the discovery and development of potential new medicines that are directed to muscle and the biology of muscle function. We have advanced, through our own internal research, a pipeline of drug candidates that are either activators or inhibitors of select proteins involved in the mechanics of muscle force and power for diseases of severe muscle dysfunction and impairment and conditions associated with muscle weakness.

CEOCFO: Would you tell us about the science of muscles, where this fits in overall in the health perspective and what do you understand that perhaps others don’t about the role that muscles play?

Mr. Blum: Cytokinetics is the first company that has solely channeled its R&D focus to muscle for new pharmaceuticals. Because the biochemistry and biophysics of proteins that constitute the machinery of muscle was not well characterized until our academic founders contributed seminal findings, we were well positioned to start our company built on a foundation of proprietary understandings. Our focused insights into how muscles work and generate force and power has enabled us to industrialize their academic research in a search for activators and inhibitors of muscle function. We are pioneering this new pharmacology and are leaders, but our successes will no doubt bring competition.

CEOCFO: What have you learned about muscles?

Mr. Blum: We have learned that muscles are fundamental to activities associated with other treatment modalities. We have learned that muscles are essentially involved in these processes and we are in an advantaged position to capitalize on the pivotal role muscles play in certain disease pathophysiology’s through the innovative work our scientists are doing. For instance, the drugs that we use to treat patients with heart failure today have been repurposed from blood pressure or diabetes drugs, but they do not address the fundamental etiology of heart failure which is a problem of impaired pumping function of the heart. Absent knowledge of how to specifically target cardiac muscle and augment its performance, we rely on medicines today that are more primarily affecting secondary consequences of heart failure. We are now in a position, as Cytokinetics is focused to muscle biology, to discover and develop drug candidates that can potentially enhance the performance of cardiac muscle to offer new therapeutic modalities for the treatment of heart failure as may complement those medicines that counteract high blood pressure and other aspects of this disease.

CEOCFO: What are you working on right now?

Mr. Blum: We have four investigational medicines in various stages of clinical trials. These are investigational medicines discovered by our scientists that either activate or inhibit proteins involved in muscle function. For instance, in Phase 3 clinical trials, we are advancing a drug candidate called omecamtiv mecarbil, which is a first in its category. It’s a cardiac muscle activator; in particular, it is an activator of cardiac myosin, which is an enzyme in cardiac muscle cells or myocytes that is the cellular motor that drives cardiac performance. It has been the subject of discovery and development activities that has spanned over twenty years at Cytokinetics, in partnership with Amgen, a large biopharmaceutical company with which we have been in a collaboration since 2006.

Together, largely sponsored by Amgen, we have discovered and developed cardiac muscle activators and we have conducted a large number of Phase 1 and Phase 2 clinical trials with omecamtiv mecarbil, culminating in the recent completion of patient enrollment in a pivotal trial that we call GALACTIC-HF. This is an 8000-patient trial conducted over several years in thirty-five countries, which is assessing whether omecamtiv mecarbil, added to standard of care, can reduce the time to cardiovascular death in patients who have high-risk heart failure. It is an extremely important opportunity that we have been working on for quite a long time and we will soon have pivotal trial results that may support regulatory approvals in the US and many other countries around the world.

CEOCFO: How does it work?

Mr. Blum: Omecamtiv mecarbil works by binding to and activating cardiac myosin thereby extending the time that the heart is contracting. With every beat of your heart, your heart contracts and the left ventricle pumps blood out into circulation. In heart failure, that cardiac function may be compromised severely so there is inadequate blood supplied from the heart to satisfy the body’s oxygen demand, which thereby contributes to increased cardiovascular risk. For instance, you and I may have an ejection fraction, a measure of how much blood your heart pumps out with every beat, that may be 60% to 70% of our heart’s volume. That can be reduced to 15% or less in a person with heart failure commensurate with a shortening of the time the heart contracts and a compensatory increase in heart rate and dimensions.

This type of heart failure, heart failure with reduced ejection fraction, afflicts about 3 million patients in the United States. Omecamtiv mecarbil binds to cardiac myosin and extends the duration of time that the heart is contracting. That in effect has potential to restore some of the lost function that has occurred with progressive heart failure disease, and as a result, the potential to increase cardiac performance by increasing the output of the heart during this process.

CEOCFO: Does the medical community recognize this approach?

Mr. Blum: It is very well-known. Our drug development program has engaged the leading experts in the investigation of new heart failure treatments and has been the subject of clinical trials and clinical research since 2005. All of the clinical trials that we have conducted have been presented at large medical meetings, published in peer-reviewed journals and have generated a body of evidence the likes of which we have not seen in heart failure before. This is potentially the first drug ever to have been discovered and developed specifically for the potential treatment of heart failure and, because it may address some of the fundamental deficiencies of medicines today, it has captured the attention of the cardiovascular community.

CEOCFO: How do you deal with some of the frustration in knowing you have something with so much potential, but you have such a long and arduous process to get it to people?

Mr. Blum: We set out to do a job when we started this company in 1998, mining this biology and defining a new pharmacology. We knew it was going to take us twenty plus years to build this kind of business. This is par for the course in our novel biopharmaceutical business and we have built a company of dedicated professionals for whom this is what defines their conviction and who are aligned with our mission and purpose. We are persistent, and we have persevered. We have matured a pipeline that is amongst the most compelling in our industry and over time that may translate into new medicines that will deliver on that promise for patients. That is ultimately what will be the most fulfilling. Nobody got into this with the expectation it was going to be quick and easy. We are living proof that if you can maintain discipline and focus, and commitment to the science and the patients, we can bring forward potential new products that may alter the course of their disease and their lives. I do not think there is any greater privilege than that.

CEOCFO: Is the investment community onboard and supportive?

Mr. Blum: Yes, I would say they are. Investors come in different forms. There are those who are value and growth oriented and who invest knowing that they are pointing to a spot on the horizon and it takes time to get there. There are others who are focused more to momentum and volatility and they come in and out of investments recognizing that they trade on upside potential, and I think we have appealed to both kinds of investors over different periods of time. I believe that our increasing market capitalization is a function of the fact that what we are doing does resonate with investors.

CEOCFO: What else is in the pipeline at Cytokinetics?

Mr. Blum: I mentioned we are developing medicines that are both activators and inhibitors of cardiac and other muscle function. We also have, in addition to omecamtiv mecarbil which is an activator of cardiac muscle, an inhibitor of cardiac muscle that is being directed to the treatment of obstructive hypertrophic cardiomyopathy which is often labeled as the silent killer for patients who have genetic mutations in muscle proteins that render them at-risk for sudden death. In that particular case, because of a family history, they have overactive heart function that is a byproduct of hyper contractility, their hearts are contracting excessively, and they may have wall thickening in their left ventricle that puts them at increased risk of sudden cardiac distress. With our investigational medicine entering Phase 2 clinical trials, we have an opportunity to potentially suppress that hyper contractibility with an oral drug candidate that we believe may hold promise for the treatment of that disease. Moreover, in Phase 1, we have yet another cardiac muscle activator that we think has a differentiated profile from omecamtiv mecarbil and therefore has the potential to help us build a franchise in innovative cardiovascular medicines beyond heart failure.

In addition, we have another investigational medicine that has recently been the subject of a Phase 2 clinical trial in patients with ALS or Lou Gehrig’s disease. That skeletal activator acts directly on fast twitch skeletal muscle and has generated preliminary data that is encouraging as a potentially new way to manage that ruthlessly progressive disease. It has demonstrated effects to potentially slow the decline of respiratory and ambulatory function in these patients who ultimately succumb to respiratory failure. That drug candidate has the potential to move into Phase 3 clinical trials over the next year.  So, as you can see, we have an emerging pipeline of multiple muscle-directed compounds discovered by our scientists that are directed to diseases across the spectrum of cardiac and skeletal dysfunction and that hold great promise for the potential treatment of those illnesses.

CEOCFO: What is the takeaway for our readers?

Mr. Blum: Cytokinetics is following in the footsteps of some great companies that have preceded us that were not overnight successes, companies like Amgen and Regeneron, which over twenty or more years were able to pioneer new mechanism drug therapies, lead and dominate in categories that produce not only great shareholder returns but also great medicines for patients to transform their lives. I think we are an exemplar of one of those kinds of companies that has been able to capitalize, largely through strategic partnerships and non-dilutive equity capital, to build a business that is a leader in a biological space and that is now on the doorstep of transforming from an R&D centric company to one that is also commercial and could generate cash flows that would be transformative for our business. While it has taken us over twenty years to get to this place, we are on the cusp of what could be pivotal trials that may ultimately prove to be extremely gratifying, not only for patients but also for shareholders and certainly for our employees who have been dedicated to this mission for so many years.

“We have matured a pipeline that is amongst the most compelling in our industry and over time that may translate into new medicines that will deliver on that promise for patients.”- Robert I Blum