Synaptogenix: A New Paradigm in the Treatment of Alzheimer’s Disease 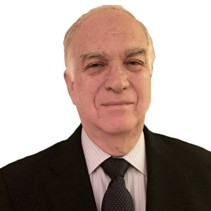 CEOCFO: Dr. Tuchman, the first thing on the Synaptogenix, Inc site is, “rebuilding connections, restoring lives.” What is your vision to do so?

Dr. Tuchman: Very briefly, neurologic diseases have been pretty much a mystery; the brain is a mystery, and specifically Alzheimer’s disease has never had a drug that gets people better. Of all the drugs for Alzheimer’s that have been approved, and there are several, the last one, memantine was approved in 2003. All only slow the deterioration of the disease.

Our vision is to actually get people better in a clinically meaningful way. By that I mean that if a non-professional spoke to the patient before and after drug they would say, “This patient is better.” Everything else maybe statistically significant, but may not be clinically relevant.

CEOCFO: What have you learned? What do you know that will allow you to do so?

Dr. Tuchman: There is more than thirty years of good science done at NIH, at the Rockefeller Institute, primarily by our founding chief scientist, Dr. Daniel Alkon. He showed, in a multiplicity of animal models, that a certain family of compounds can re-grow connections between nerve cells. Those experiments became a clinical project with first, compassionate use of our lead drug, which is called Bryostatin 1, in Alzheimer’s patients, and then in two pilot trials. Each trial enrolled about 100 patients, half receiving drug and half placebo.

We are now in a longer NIH funded double blind placebo-controlled study to try to demonstrate that we can actually effect change, not only statistically, but more importantly from my point of view, as a clinical neurologist, in a clinically meaningful way.

CEOCFO: How do you make this connection? Has it been done before in other ways? Does science accept that you can regrow the connectors?

CEOCFO: What happens in the brain that affects the connections between the nerve cells?

Dr. Tuchman: In any degenerative disease, connections between neurons, the nerve cells that do the thinking for us in the brain, have projections that extend from one nerve cell to another nerve cell. The denser these connections are, the more numerous they are, the better the brain functions. Just to give a ridiculous example, if you never rode a bike and then you learned how to ride a bike, the brain would develop connections to affect that function. When you learn a new language there are new connections. If you have a new memory, new connections are formed because of that.

In Alzheimer’s disease, if we look at patients’ brains at autopsy, many of those connections have disappeared, they have gone away. We can show with electron microscopy that if we give Bryostatin and then look at the brain of an animal, we now observe renewed connections, a multiplicity of more connections.

CEOCFO: Are there any side effects or downsides?

Dr. Tuchman: The side effects of the drug are minimal. The drug has now been given to over 1,600 patients for multiple indications. It was originally developed by the National Cancer Institute and it was given in higher doses. At the National Cancer Institute was given as an infusion and there were some infusion reactions, but no serious adverse effects. I want to stress that the dose that we are using is significantly lower than the dosages given in the cancer trials and at our current dosage we are essentially seeing nothing! Therefore, it appears to be a very safe drug.

CEOCFO: What has been the reaction from the medical community that is aware of what you have developed?

Dr. Tuchman: I think it ranges from excitement to, as usual with any new idea, “Prove it,” and we are in the process of trying to prove it.

CEOCFO: Are you funded for your next steps?

Dr. Tuchman: We are fully funded through our current trial with our recent raise and we have enough money to actually look into other indications.

CEOCFO: That is unusual! How did you manage that?

Dr. Tuchman: We just raised $14 million dollars. The trial was pretty much paid for before then, with the NIH grant and internal funding, so that we now have extra funds available, which is important for a small company.

CEOCFO: What are you on the lookout for in the trial? How do you measure along the way? How do you know when there has been a little bit of an affect, when there is the full affect?

Dr. Tuchman: We are using a standard measurement, which is called SIB or Severe Impairment Battery, which is an FDA approved end point to measure cognitive function. We worried, frankly, with COVID, that our enrollment would be slowed dramatically, but that has not proved to be the case. Of course, we are always looking for adverse events, which as I said, have not happened to date. One can never predict the future, but so far, it has proven to be a very safe drug.

CEOCFO: How do you decide what to work on next?

Dr. Tuchman: Part of our decision is based on whether are people interested in partnering with us? Can we get physicians or medical centers around the country interested in a particular indication? Some of these indications are orphan drugs, like Fragile X. There, we are dependent on getting a community of pediatricians, whose specialty is managing these affected children, interested enough to try it. Outside of these specialty clinics there is no population to test. Alzheimer’s Disease in contrast has five million people in the United States, so it is easy to involve patients in possible trials.

Multiple Sclerosis, which may be our next indication, patients are pretty much concentrated in MS clinics around the country. Therefore, we need an MS center to partner with us that would be interested in doing these kinds of studies.

CEOCFO: How do you deal with the frustration and the length of time it takes to get a new drug into use? You know you have something that could do so much good and yet it is such a long-drawn-out procedure?

Dr. Tuchman: People expecting to deal with short timelines do not go into research. It is a long, meticulous, almost obsessive-compulsive kind of project and every “I” had to be dotted and every “T” has to be crossed. At the end of the day that takes a long time. Going into it, we all accept those parameters.

CEOCFO: There are so many companies to look at from the health perspective, from the investor perspective; why should Synaptogenix stand out?

Dr. Tuchman: We are one of the few companies, and there are a few, that are working on reversing, rather than modulating Alzheimer’s disease, which is an enormous medical and societal problem. Compared to the other players looking at this we are further ahead in our clinical progress. Therefore, I believe we are significantly undervalued and a reasonable investment project to look at.

“We are one of the few companies, and there are a few, that are working on reversing, rather than modulating Alzheimer’s disease.”
Dr. Alan J. Tuchman MD