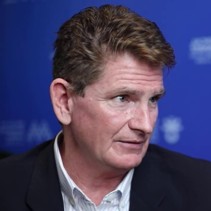 CEOCFO: Mr. O’Neill, what is Bio-Kai?

CEOCFO: Are most people aware of that?

Mr. O’Neill: Right now, the astaxanthin market is a billion-dollar marketplace and I would say about 80% or maybe 85% is in the fish-feed space. The balance of it is in human consumption but that is growing exponentially now due to the health benefits. The reason why we went into the fish feed market first is because this is the largest percentage of the market that we could disrupt in a significant way. The fish farms are usually buying feed from large companies like Cargill and Skretting. Probably 98% of these feeds are using a synthetic product. And if you look at your farm raised salmon it says “coloring added” and that is a Synthetic product that was added to the salmon to turn it red.

What we offer is a 99% pharmaceutical grade bioorganic compound that has zero toxins or contaminates. It is the exact same product every single time and we can sell it at a price of the synthetic. The advantage here is the largest buyer of astaxanthin for fish farms, they can get an organic product instead of a synthetic product for the same price. All the major grocery stores like Wholefoods and all these major chains are looking for products that have no synthetics in them. So for that is the reason we believe that we are going to be able to replace all the synthetic products in the market which is about $150 million right now, with an organic product.

CEOCFO: What can you tell us about the process and how it developed?

We have research partnerships with multiple universities one being the Institute of Genetics in Moscow, the Imperial College of London, Denmark Technical University, and Delaware University. We were able to utilize dozens of PhDs free to be able to develop this product to where it is obviously significantly higher quality, safer, and significantly less cost.

CEOCFO: How do you get people to buy into what you are offering, given that Bio-Kai is new and may be competing with more established players?

Mr. O’Neill: At the end of the day what you have to understand is that these markets have no loyalty anymore. Basically, if you are a supplier to any company, even some of the largest, they are looking for a safer and better product that is at the same cost or less. When you are just a supplier, those relationships are easily decoupled. There are two reasons for this, one is that the reason for the major change is that the stores that are selling salmon or trout or shrimp, are demanding that they want non-GMO, non-synthetic, natural products to end up in their food.

Everybody is trying to show that they are providing the healthiest and highest quality product in the market. Everybody wants to get rid of that label of coloring added which really means synthetic product added. We are in testing right now with the two largest buyers in this market and they indicated to us that they would have no issue at all changing from where they are buying the synthetics now to getting an organic product at the same price. We know that there is interest and demand and pressure on them from the people that they are selling to.

CEOCFO: How do you go from yeast to astaxanthin?

Currently, many different common food ingredients are produced through fermentation. As an example, multiple companies are producing tons of sweeteners like Erythritol or components from Stevia.

Our product is Organic and Non-GMO because for human consumption we are planning to use Organic, Non-GMO sugar as a starting material. We are not using any antibiotics or pesticides. And we are purifying our product to remove any traces of DNA, which is easy to do for compounds like Astaxanthin.

CEOCFO: What can astaxanthin do for people’s health and how are you approaching that market?

It is important to note that Astaxanthin has a lot of different forms. For human consumption is approved only (3S, 3’S) form. Yet, it also has multiple Cis/Trans stereo-isomers which are not usually checked. Stereo-isomers are molecules which have the same atoms, in the same order but rotated differently. In biology, rotation is extremely important. And the healthy is only one All-trans (3S,3’S) form. With our technology we are producing 99+% of this healthy form.

There are multiple companies in this market that are manufacturing astaxanthin through natural means. Most of them are using algae (Haematococcus pluvialis) for the production. The process of cultivation of algae is above 20 days under strong light conditions. At these conditions is commonly produced above 10% are not healthy form – Cis Astaxanthin. Lastly, some producers to increase yield are using strong solvents which transform good Trans-Astaxanthin into Cis Astaxanthin.

We are working on GRAS (Generally Recognized as Safe) approval for our product, so that this will be approved for human consumption and we will be selling it through large distribution networks mostly on the nutraceutical side. We will be doing global distribution contracts and we will be a supplier into that market.

CEOCFO: Is this accepted science?

Mr. O’Neill: There has been 1,600 plus peer reviewed scientific astaxanthin studies already published during only 7 months of 2021 (https://scholar.google.com/scholar?as_ylo=2021&q=astaxanthin+clinical+studies&hl=en&as_sdt=0,5) with total publications coming to 20,000 marks. This is not something that comes out of the blue and you are just making outlandish claims that have no merit to them. There are fifteen hundred plus peer reviewed astaxanthin studies that show these benefits.

CEOCFO: Will you be doing the manufacturing or creating of the product; will you be licensing the technology?

Mr. O’Neill: We are already in pilot scale production, so we have been providing samples to large global buyers. We are now raising capital to go into large scale production and we may do some contract manufacturing initially just to get the product into the market as quickly as possible but ultimately, we will be building our own facilities in multiple geographic areas to supply the market.

CEOCFO: Are there areas in addition to the nutraceutical and animal that you see moving forward?

Mr. O’Neill: Those are like the two biggest of the biggest because one is an established market that is still growing which is the fish-feed market or animal market, they also feed it to chickens and sometimes to cows so that they do not have to provide as much antibiotics or get them so that they do not have to be fed antibiotics, but that is a big market and the human consumption market is a big market. Those are so big and vast opportunities now; we really do not see going outside that for at least three to five years.

CEOCFO: What do you understand as a company about how to get all of this accomplished?

Mr. O’Neill: We have industry experts that we have accumulated, probably a dozen of them know that are on our team that have vast amounts of production experience. They have vast amounts of global distribution experience so we are not doing this as though we were trying to figure it out, we have brought on advisors that are experienced, very sophisticated and very successful within this space of the market.

CEOCFO: With so many new ideas in all fields but particularly in health why should Bio-Kai stand apart from the crowd?

Mr. O’Neill: It stands out for two reasons; number one is that we solve a major problem for the fish-feed market which means that they need to get off of synthetic products and that is being demanded by the grocery stores that carry these products. We are solving a major problem for the fish-feed market. In the human consumption market, I think what we are ultimately going to be able to do is that we are going to be able to provide a 98+% pharmaceutical grade product that is organic, bioidentical to what occurs in nature but most importantly it will be the same exact molecule every time.

Anytime that you have to go through a growing process, every growing season is different like every wine is different, even if you grow it in the same field under the same conditions you do not get the same wine. When you are a global distribution player, even like a Coca Cola, they cannot have a different flavor or variant of their product on a global basis, it has to be the same exact thing every single time and that is the same with pretty much every major brand. We can provide toxin-free, contaminant-free which is much safer, we can provide a bioidentical exact same molecule every single time and we can provide it at significantly less cost than anybody else competing on the cultivation side.

Mr. O’Neill: That is the reason I am doing it. Otherwise, I would find something else to do.

“We solve a major problem for the fish-feed market which means that they need to get off of synthetic products and that is being demanded by the grocery stores that carry these products.”
Dennis O'Neill