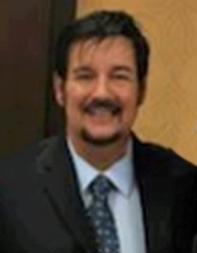 CEOCFO: Mr. Di Sabatino, would you tell us the idea behind KryptAll®?

CEOCFO: Would that be everyone?

Mr. Di Sabatino: Theoretically yes. I was a director of a defense contracting company where we manufactured equipment for the defense industry and other groups. I received a phone call one day asking if we had encrypted phones like the government uses. This was a private company who had a former President working with them and wanted to know if we had encrypted phones. I did not know if there was a public for this product to become a business. Shortly thereafter, and this was going back eight years ago, I go to Macau, China, to do a security survey for a Las Vegas based company and they hack into my computer and cellular phone, so I saw the need for it firsthand. That is how KryptAll® was founded; to protect your privacy. In business today you need to protect your privacy to operate successfully. To protect from business espionage, you need KryptAll®.

Years ago, if you remember the film Wall Street, they had a PI follow a business executive around. It was very realistic. That is what they used to do for business espionage. Today they do not have to have a PI follow you. They can hire a PI, to run your cellular phone records and see everybody you have been calling or who has been calling you, and make an outline of what you have been doing and use it against you. It is also common for foreign countries to listen in on phone conversations especially if they see phones registering from another country, as we know, when all the Snowden information came out. After 9/11 it became more common even in the United States also. KryptAll® was developed for the businessperson to keep their calls private and without calling records.

CEOCFO: How does KryptAll® work?

Mr. Di Sabatino: KryptAll® works by encrypting all calling data and voice with AES 256 open-source encryption with an encrypted key. Open-source means the encryption has an encryption code that is readily available, and anyone can take a look at it to try cracking it and it has not been done. We use the same encryption method that is used for the banking systems throughout the world. It is called AES-256, and it has not been cracked and if it ever was cracked, everyone would know about it and I am sure the first place you would see it pop up is in our banking because all our bank wire transfers are AES-256 encrypted. That is the same encryption methodology that KryptAll® uses.

We encrypt at the phone and it goes through a constellation of servers around the world, and either stays encrypted if you are going to another KryptAll® phone, or if you have to call a regular number it becomes decrypted in one of the servers and comes out in the clear. As a business person you have to talk to the people that are not on encrypted phones and not part of your business network but you might have to call somebody and you would still be the target of business espionage interception, and by using KryptAll® the call is encrypted at your phone, it goes across the servers encrypted and comes out in the clear. You can talk to anyone and be secure if you are the target of encryption and there is no calling record so nobody can take your records and see who you have been calling and use it against you.

CEOCFO: The skeptic in me wants to know, do you get people to believe it will really work?

Mr. Di Sabatino: If AES-256 encryption was cracked, we would know about it in a second because somebody would target our banking system. That would be the first one to go against. Somebody would be transferring billions of dollars into their accounts nefariously. Not to mention, while you are using open-sourcing encryption, it is constantly being looked at by people who are mathematicians because if it were ever cracked it would move up to a higher encryption. Right now, we are looking at Quantum computers that are coming out that will make decrypting easier but at the same time we are already looking at upgrading to Quantum encryption.

It is like a chess game. We know it works, it has been tested and proven and you can see it has been working by looking at our website references or you can search AES-256 encryption. Everybody is saying with quantum computing you will be able to crack it easier. Even with the quantum computers we have today it would still take at least fifteen years to crack it and we are already working at a higher quantum encryption level. Not to mention, KryptAll® is double AES-256 encrypted and all the metadata and everything else is encrypted.

CEOCFO: What are some of the ways KryptAll® is in use and should be in use?

Mr. Di Sabatino: We are primarily involved with a secure calling network with various models of encrypted cellular phone. We make it on an Apple iPhone platform and the reason we use Apple is because of the fact that the operating system in Apple is very secure; it is UNIX-based. We keep the Apple smartphone functions of the phone and we add the KryptAll® secure calling on all the available Apple models.

CEOCFO: Does this come built-in to the phone or is it an add-on?

CEOCFO: What has changed in your approach over time?

Mr. Di Sabatino: The biggest change we noticed, since Covid19 is that people are becoming more conscious of their surroundings and security. I think it is happening for the better with physical security awareness and it is also occurring with internet and phone communications. People understand more that security is a must today. There is a saying that was used by many Special Forces teams around the world, “if you cannot communicate securely, you cannot operate successfully.”

As we have noticed in the past month, a major celebrity law firm was hacked into. All their celebrity clients’ information has been disclosed to the public. The law firm has a problem as they could be liable for that information leak. People are starting to see that if you are in business, you need to protect your company and your clients’ privacy. Therefore, it becomes especially important to have KryptAll® to keep your privacy.

CEOCFO: How do you reach out?

Mr. Di Sabatino: We advertise in magazines. We do press releases. We try to keep information flowing so people can see the need for encryption. Encryption is one of the things where people do not always see the need until it is too late. Once you become a victim it is too late. You must look at it before and do it as a precautionary measure. More and more people are starting to see it as more and more companies are making the news and they are being hacked or what have you. It is becoming very important to have KryptAll®.

CEOCFO: Would this replace other forms of security?  Where does KryptAll® fall in the spectrum?
Mr. Di Sabatino: KryptAll® is an addition to your information security. You should still have the security in your computer network as far as your data, which should be encrypted and secure. KryptAll® is for your secure calling. For example, if you were in your office, you would bring someone to your conference room or your private office and have a secure communication with them face-to-face. You would not go to the lobby and start talking out loud in front of everybody during a secure conference. In essence, when calling with KryptAll® it is the same as talking face to face privately. When you are on KryptAll® you are able to talk securely over the phone.

I was behind a lot of equipment designing it for security purposes. However, KryptAll® was the first one that was so rewarding. I received phone calls from people using it overseas, government contractors saying “I want to thank you, it is so good I could call my family and know nobody is listening in on it while I am traveling and while I am away, and not put them in jeopardy.” That was extremely rewarding.

CEOCFO: What is happening today?   You mentioned COVID has created more concern around security?

Mr. Di Sabatino: We are a small company and have the ability to ramp up with our infrastructure. Our team of engineers and technicians maintain our server constellation throughout the world. Today more than ever people are learning how to communicate more over the phone and over the internet. That is where KryptAll® becomes more important. If you are communicating more over the phone and not in person, you need to be secure.

When you are the target of hacking/interception and using KryptAll® you can call somebody on a regular phone and they will not be able to get the calling records to see who you are calling or hear your conversation.

CEOCFO: What is ahead for KryptAll®?

CEOCFO: What, if anything might, people miss when they first look at KryptAll®?

Mr. Di Sabatino: They do not realize all the working technology when using KryptAll® for calling because KryptAll® is as easy to use as a standard iPhone. It is hard to believe that when you are on a KryptAll® call it is bouncing all over the world. The clarity is fantastic because it is going over our private KryptAll® network. We keep maximum bandwidth for reliable clear calling.

“If you were in your office, you would bring someone to your conference room or your private office and have a secure communication with them face-to-face. You would not go to the lobby and start talking out loud in front of everybody during a secure conference. In essence, when calling with KryptAll® it is the same as talking face to face privately. When you are on KryptAll® you are able to talk securely over the phone.” Richard Di Sabatino