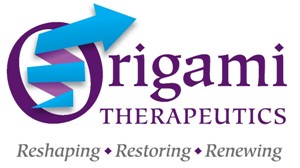 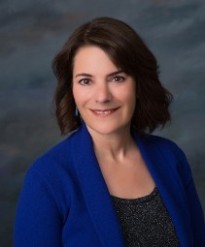 CEOCFO: Ms. Hoffman, what is the idea behind Origami Therapeutics, Inc?

CEOCFO: Has this approach been tried in the past?

Ms. Hoffman: Actually, it has, with some degree of success, but not in the neurology field. The most exemplary case is Cystic Fibrosis. I had the honor and the pleasure of working at Vertex Pharmaceuticals in San Diego. I worked on small molecules that basically fix the mutated protein that causes Cystic Fibrosis. These marketed drugs have been absolutely transformational for Cystic Fibrosis patients.

CEOCFO: Why do you think this will work in neurodegeneration?

Ms. Hoffman: I think this will work basically because of what has been measured scientifically and what we see in the patients themselves. The problems associated with some neurodegenerative diseases are consistent with a protein folding defect therefore, it could be addressed by targeting protein misfolding. We are going after what could be called a precision medicine approach in neurology. By that I mean that we select patients for whom we know the causes of their disease, in this case it is an altered or mutated gene. Then we seek to understand how that mutation affects the protein, and how the protein folds up to take its shape so it can do its job.

It is basically that level of scientific understanding, combined with the fact that we know which patients to treat, when to treat them and what to measure in the clinical trials. These factors combined with the ability to bridge between the preclinical science and the clinic is actually what we believe is a formula for success.

CEOCFO: When you say “know when to treat them,” what are you looking at to make the decision?

Ms. Hoffman: That is a great question. In the Alzheimer’s field in particular, there has been quite a bit of discussion about when to treat and have you treated early enough. What happens in degenerative diseases, in general, and degenerative diseases in the brain, in particular, is that before you ever see symptoms appear, there is tissue damage. For example, the patient seems like they are having movement problems or they cannot remember or their personality seems to have changed; long before that happens, you have a lot of other biological processes going on, pathological processes, that cause the loss of cells in the brain. The ideal, to start with, is to select the patients that we know ought to be able to respond, so that is picking the right patient. The second is to treat the patient at a time when, at least in the clinic, you are going to be able to measure an effect, but not so late that you cannot have a positive effect on the patient’s quality of life. That is really knowing when to treat.

The other consideration about knowing when to treat is that, ultimately, once the drug would be on the market, we want to treat before symptoms ever appear. That becomes a preventative agent, a preventative therapy. Due in part to the genetics, a huge amount of work has been done by some very stellar scientists and physicians to understand the natural history of the disease. We are addressing Huntington’s disease because we have a rough idea of when symptoms will appear and therefore, roughly when we might need to start treatment in order to prevent disease.

CEOCFO: What do you look at in the body to know it is the right time?

Ms. Hoffman: Also a great question. There now are ways to image the brain so that we can see a bit of what is going on. In Huntington’s disease we also understand the nature of the mutation that exists in the gene that causes the disease, a gene called huntingtin. In mutated huntingtin there has been expansion of a repeat of DNA. The size of that expansion actually gives us a clue as to when the onset of disease is likely to be. So simply by looking at the gene we already have a clue about the natural history.

The other requirement to determine when to start treatment is having a battery of tests that measure the ability to think and motor skills as well as brain imaging to look to see a bit of what is going on in the brain. All of these tests can be done in a non-invasive way. We are also able to look at blood cells to give us an idea of the presence of the disease. In addition we can measure mutant huntingtin protein in cerebral spinal fluid samples from the brain. The amount of mutant huntingtin is another indicator of disease staging.

CEOCFO: Once you decide it is the opportune time, how do you decide how to treat, how much, how long? Ms. Hoffman: In point of fact, that is the purpose of the clinical trial. We do as much work as we can before we get to the clinic, to have a rough idea. The initial, Phase I clinical trials are primarily to assess safety, but in the process of determining safety, we also look at effective dose. The important part here is that we have markers that we can measure that tell us whether our drug candidate is doing what it is meant to do. That is called the proof of mechanism. Then we test multiple doses and we treat for as long as we think it ought to take to see a clinical effect. We can also take interim measures between the first and last testing timepoints. This process is going to differ for each drug and is not special for an Origami drug in those terms, so we expect that the testing will be fairly routine. This is how it is typically done.

CEOCFO: Where are you today at Origami Therapeutics? What are you working on right now?

Ms. Hoffman: We are very early in the process. We have some candidate molecules that could become drugs and we are characterizing those to understand how they work and how to make them better. We are seeking compounds that are going to have better drug properties, do what we want mechanistically, get into the brain and have the expected effects. This work is typically called preclinical studies and that is what we are working on now. It is, as I said, early stage. We are estimating that we should be able to get into the clinic in about three years or so, assuming a minimal number of issues arise.

CEOCFO: What is your funding situation?

Ms. Hoffman: Currently, we are self-funded so I’m out looking for seed funding to push the effort forward.

CEOCFO: What are you finding when you talk to someone in the investment community? Do they understand what you are doing, the concept, the potential?

Ms. Hoffman: It would seem that they do, as best as I can tell. I have talked with quite a number of people and conceptually people do understand. They seem to be interested. I think the challenge is that drug discovery is a pretty risky business; there are many things that can go wrong and most efforts will not come to fruition. As you hear, even when we are in the clinic, this is still something of an experiment. It is a long set of studies where we are trying to understand more and more about the potential of our compound.

Before you get into the clinic there is quite a lot of science that needs to be done and not everything works out the way you hope. You almost always have surprises that you do not expect and you always need to be prepared for that. I think that when people invest their money they want to make sure that they are going to get a return on their investment. My confidence comes from my past experience with drugs that work on protein folding and from having put many compounds into the clinic as part of a larger team, of course. You have to be pretty courageous to invest in an early drug discovery effort.

CEOCFO: You mentioned your experience with clinical trials. What do you understand about the process that others might not?

Ms. Hoffman: I do not actually do the clinical trials, but I have worked with some great people who do. My job really is to make sure that I attract the best and the brightest – individuals and teams who are dedicated and passionate about the effort, who will really make sure things work. My job is to make sure I ask the right questions and that every answer we get seems to make good sense. As a small startup, we do not have a huge team, but we understand we will need to access people with different expertise moving forward; more and more people with different sorts of expertise. For me, that is actually one of the most rewarding aspects of the drug discovery and development effort. It’s about being able to pull together very talented people and form very high performing teams to achieve our goals. Obviously, the most important goal is that we deliver a drug. The patients and their families are waiting, and they are why we do what we do. If we are successful in delivering an effective drug, then, of course, the investors will reap their rewards as well.

Ms. Hoffman: That is a great question. Huntington’s is an orphan disease. That means that there are less than two hundred thousand people with the disease. I have worked on HD for over ten years and I understand enough about the genetics and mechanisms to be able to approach it as we are doing. In principle, I pick a problem that I have believe has the greatest chance of success. In the case of Huntington’s disease, the critical factors are the genetics and the mechanism, the ability to execute in the clinic in a reasonable fashion and a way to bridge between the science and the clinic. The latter is sometimes called translational medicine. 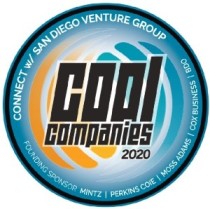 CEOCFO: We came upon Origami Therapeutics from your recognition as a Connect 2020 Cool Company. Would you tell us about that designation?

Ms. Hoffman: Initially I was not sure that now was the best time to apply. Connect (now Connect w/ San Diego Venture Group), is very well known in the San Diego community. San Diego is a very open, cooperative and supportive biotech community, so of course I knew about Connect. I was not so sure we should apply, but my husband said, “Oh yeah, do it,” and I did. The application is straightforward. You basically explain what you are doing, why you are doing it and the economic opportunities and a selection committee reviews it. The program is meant to select promising local companies and entrepreneurs ready for fundraising. I think the most exciting part of being selected a Cool Company is that it provides an opportunity to interact with Connect w/ SDVG, to form closer connections and also be introduced to potential investors. I was both very surprised and thrilled that Origami Therapeutics was recognized.

“My confidence comes from my past experience with drugs that work on protein folding and from having put many compounds into the clinic as part of a larger team, of course. You have to be pretty courageous to invest in an early drug discovery effort.”
Beth J. Hoffman, Founder